2019 brought substantial challenges to China’s economic development. Economic growth continued at a slower pace than previous years, the macro environment was stable, but pressure from international trade friction contributed to the slowdown which also impacted the office leasing market. According to market reports by Cushman & Wakefield, the 2019 year-end average rent and occupancy rate of office buildings in Beijing and Shanghai both declined by varying degrees in comparison with the numbers at the beginning of the year. In contrast, the average rents of SOHO China's mature projects in Beijing and Shanghai have increased against the trend. In the fourth quarter of last year, although the Company's overall occupancy rate declined slightly with the market, the average year-end occupancy rate of stabilized investment properties still reached 90%. In 2019, the Company achieved revenue of approximately RMB 1,847 million, up approximately 11% over approximately RMB 1,668 million in 2018 (excluding rental income from the disposed Sky SOHO). During the period, rental income from mature projects increased by approximately 5% year-on-year.

In 2019, SOHO China completed and opened two projects, one in Beijing and one in Shanghai. Gubei SOHO in Shanghai held its grand opening in February 2019. The project has a leasable gross floor area of approximately 112,000 square meters. The occupancy rate reached 67% by the end of the year. Gubei SOHO is located in the core area of Changning District, about 100 meters from the closest subway station. The project is expected to contribute more rental income in 2020. In December 2019, Leeza SOHO made a stunning debut in Beijing. As a masterpiece of the late star architect Zaha Hadid, Leeza SOHO has become a new landmark in Beijing with its iconic double helix structure and the world's tallest atrium. The project is located in the core of the Lize Financial Business District. Going forward, Leeza SOHO’s underground will be the intersection of five subway lines, including Line 11, Line 14, Line 16, the New Airport Line and the Lize Business District Financial Street Line. With the continuous improvement of infrastructure, the value of Leeza SOHO will rise significantly. 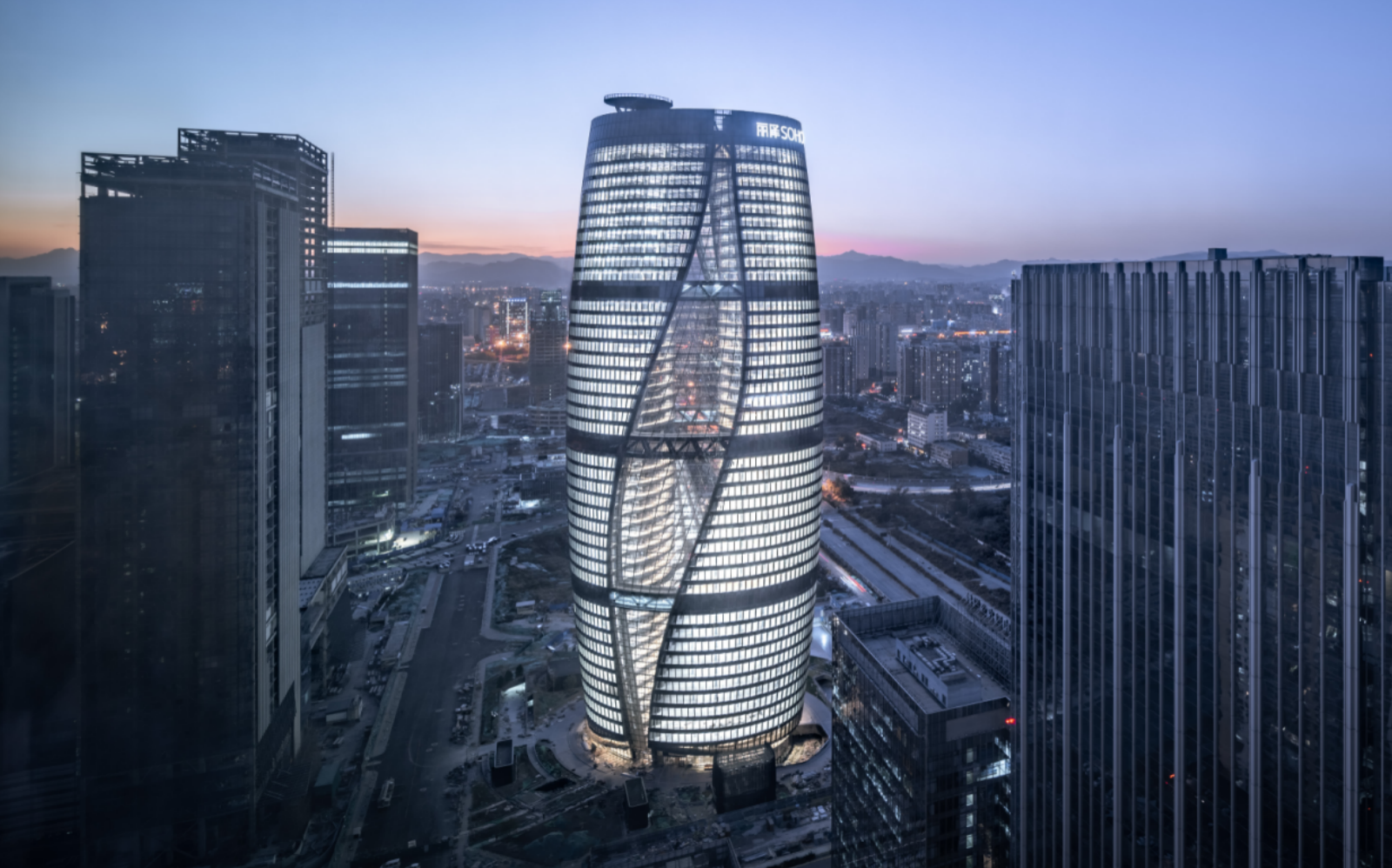 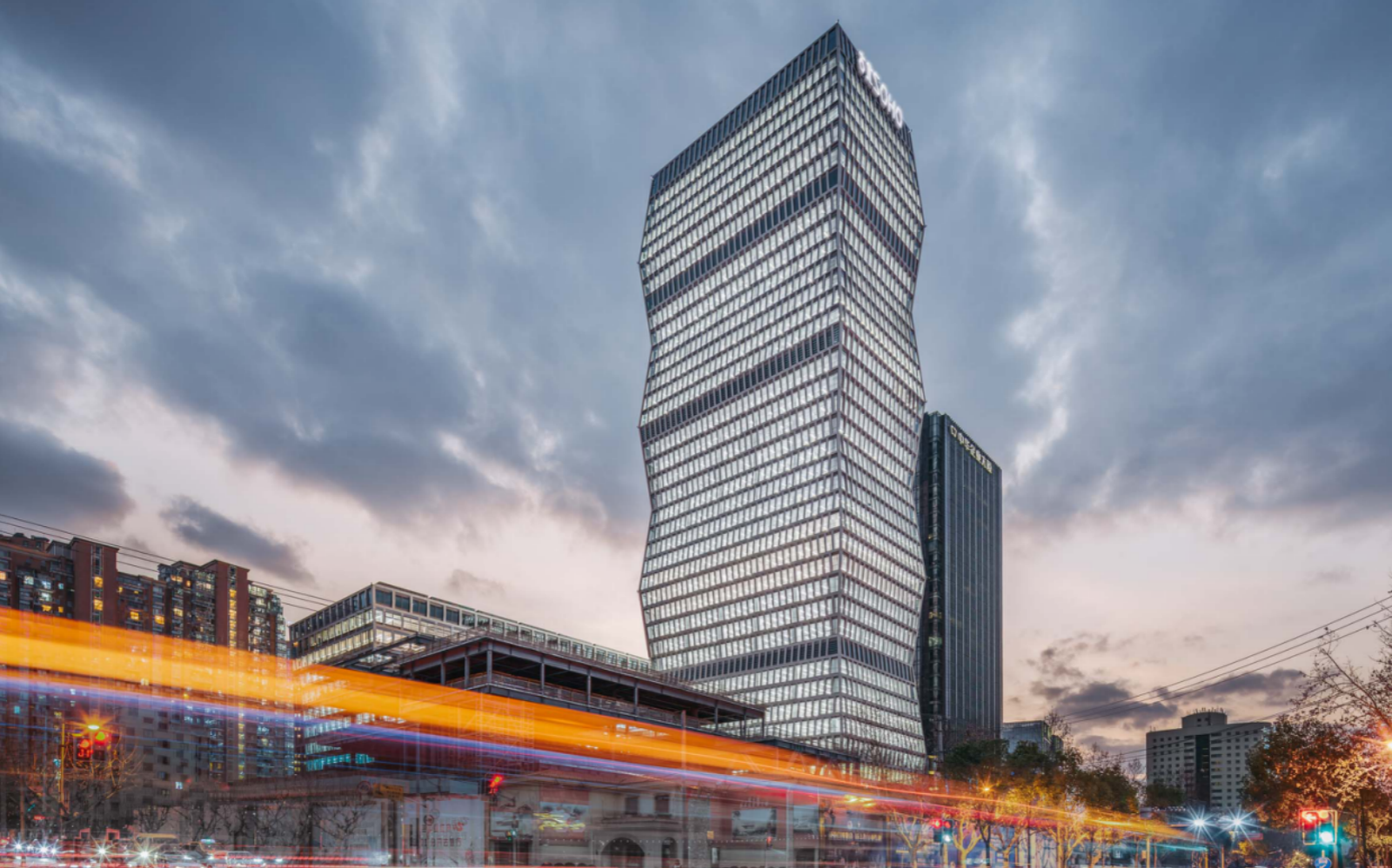 In recent years, SOHO China has focused on strengthening the Company's platform management to improve operational efficiency and services. In early 2019, the Company launched an online public rental platform that integrated all of SOHO China's listings. The platform and is open to all clients, agents, and third parties and provides clients with one-stop, online rental services. This open and transparent approach not only shifts the entire leasing process online, but also makes leasing services increasingly efficient and convenient. Separately, the SOHO China Energy Management Platform has achieved remarkable results this year, with a total of 277,000 tasks delivered for equipment and facilities, a completion rate of 99.8%. The platform achieved cumulative energy saving reaching 82 million kWh with an energy saving rate of 22.3%.

2019 was a historic year for 5G. As a leading, comprehensive office service provider, SOHO China regarded 5G deployment as a strategic priority for 2019. During the period, the Company signed contracts with three major telecommunications operators in China - China Mobile, China Unicom, and China Telecom. In a pioneering effort, SOHO China completed the layout of 5G networks in all the Company's projects in Beijing, making it one of the first domestic property developers to introduce 5G networks to the commercial office sector. To date, the Company has taken the lead in applying various 5G transmission sensors in property management, allowing customers to experience more value-added network services. In 2019, SOHO China 5G Lab was created and installed in Leeza SOHO and is open to the public for free. The Lab features more than 20 leading 5G applications on exhibit, including application scenarios such as smart buildings, smart perception, smart medical treatment, and remote interaction. SOHO China's hopes the 5G Lab will become an open platform for 5G environmental testing and application display, introducing more products and services to the public view and thereby promoting the industry progress.

Pan Shiyi, Chairman of SOHO China, stated: "In 2020, despite major challenges at home and abroad, we believe that China's economy will maintain steady growth and expand faster than any other major economy in the world. As a modern office service provider with a large number of high-quality properties in the core areas of Beijing and Shanghai, we will continue our efforts to improve asset operation and management to better realize the value of the Company."