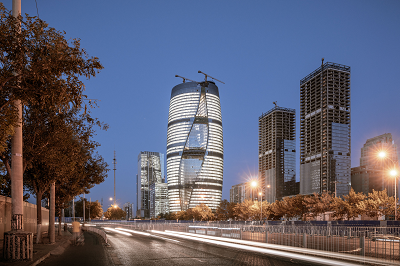 In the first half of 2019, China‘s economic growth remained resilient and continued to operate reasonably steadily, however, increasing external uncertainties exerted downward pressure on the economy. According to Cushman & Wakefield’s market research reports, during the first half of 2019, Beijing’s grade A office buildings experienced a slight increase in vacancy rates, while average rental rates at the end of second quarter fell lower than rental rates at the beginning of the year. In Shanghai, the vacancy rates for Central Business Districts office buildings rose more significantly, and the drop in average rental rates was more pronounced than in the Beijing market. Despite this backdrop, SOHO China, with its prime location properties and leading property management services, saw an increase in the rental rates for mature properties in Beijing and Shanghai over the same period last year, while its vacancy rates are lower than the Beijing and Shanghai market average. 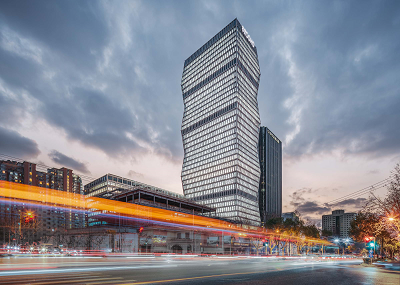 Located in Shanghai’s Changning District, Gubei SOHO celebrated its grand opening in February 2019 and as at the end of the period, its occupancy rate already reached approximately 45%. Leeza SOHO, located in Beijing’s Lize Financial Business District, will be completed and open in September 2019. With a GFA of 170,000 square meters, Leeza SOHO is a masterpiece of the late, world renowned architect, Zaha Hadid. Possessing the world’s tallest atrium, Leeza SOHO will be, upon completion, a new city landmark brought to Beijing by SOHO China. Leeza SOHO is adjacent to the interchange of five planned subway lines, lines 11, 14 and 16 as well as the New Airport line, and the Lize Business District Financial Street connection line. Leeza SOHO’s market entry will greatly increase the leasable GFA of SOHO China’s investment property portfolio, further contributing to rental income.

SOHO China has always maintained a stable financial strategy and the Company keeps a healthy balance sheet. At the end of the period, net gearing ratio was approximately 44%. With an external environment of fluctuating exchange rates, the Company’s offshore borrowing accounted for only approximately 3.5% of total debt with low exposure to currency exchange rate risk.

Going forward, as a comprehensive service provider of modern office buildings, the Company will continuously strive to provide the best and most efficient office services to the over 400,000 people who work in SOHO China properties. In 2019 SOHO China made 5G a strategic priority for the Company and undertook partnerships with China’s three major telecommunications service providers, China Mobile, China Unicom, and China Telecom. As at the end of August 2019, 5G coverage has become available in 13 properties built by SOHO China in Beijing, making the Company one of the first office landlords to adopt and use 5G technology in China.

SOHO China‘s Chairman Mr. Pan Shiyi says, “Although real estate is a traditional industry, in the last 20 years, we have always endeavored to introduce leading advancements in scientific concepts and technology into our buildings. After entering the mobile Internet era, people’s demand for the office environment has evolved; telecommunications conditions, broadband quality and mobile phone signal have become the most pressing demands. Therefore we have introduced 5G technology, which not only improves the value of every square meter of SOHO China’s properties, but also brings SOHO China tenants optimum, intelligent service.”