BEIJING, June 27 (Xinhua) -- Property developer SOHO China, together with environmental NGOs, launched a swift protection project Thursday in Beijing, which will make new buildings more bird-friendly by including nesting places in the design.

The Beijing Swift is an iconic bird synonymous with the capital city since ancient times. Scientists believe the bird‘s population is falling due to the loss of nest sites caused by the replacement of traditional style buildings with new buildings that lack the holes for them to breed.

At the launch, four Beijing high school students shared their observations and efforts they have made on bird protection. To provide homes for the swifts, some of them have initiated plans to make and erect swift nest boxes on their campus. 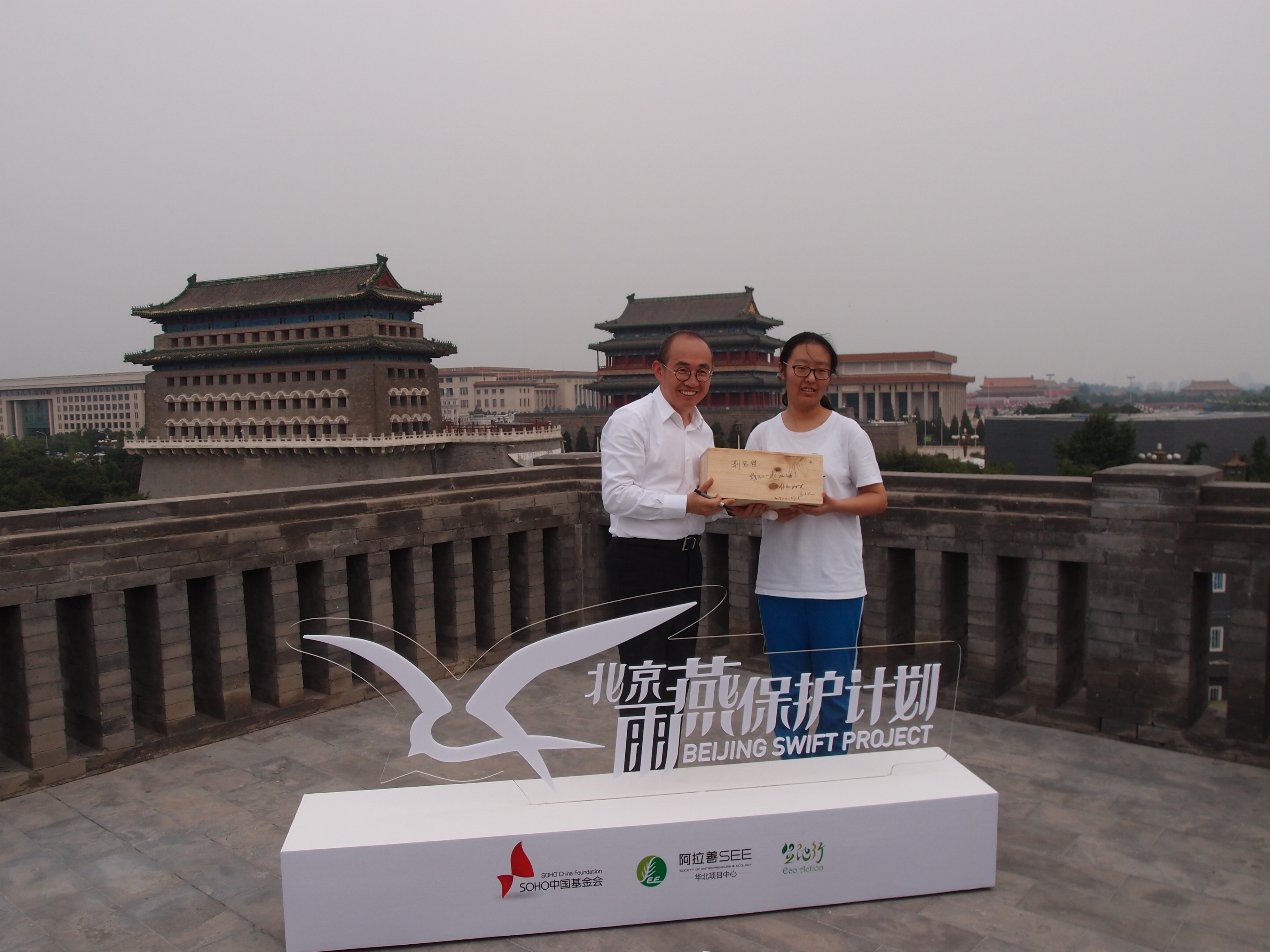 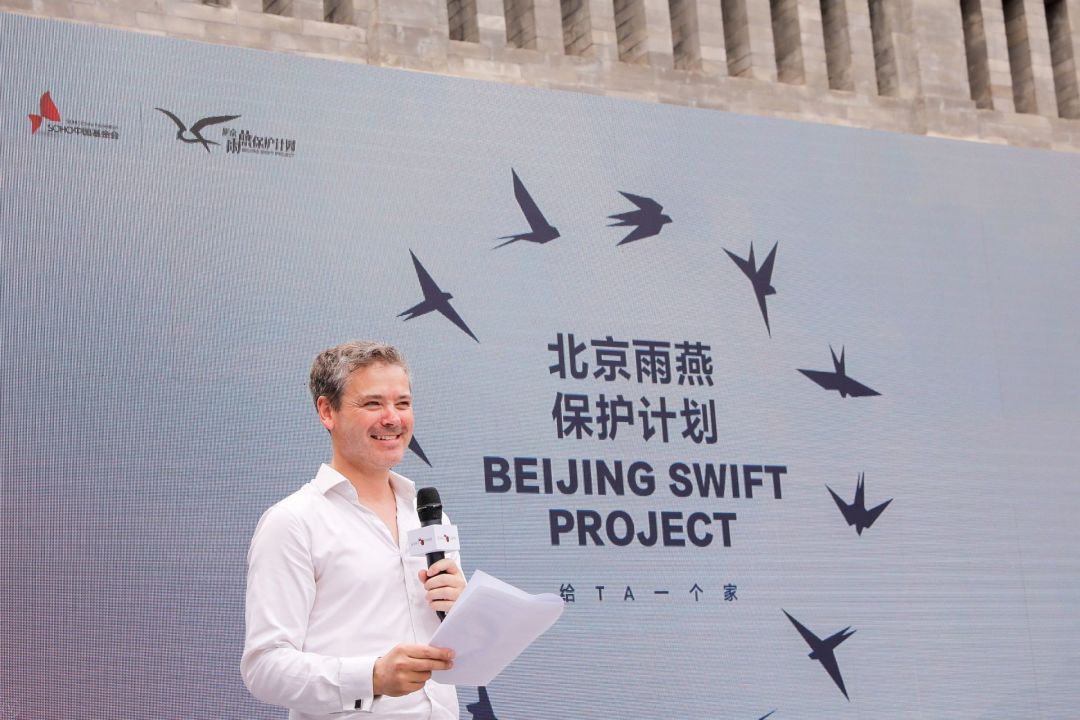 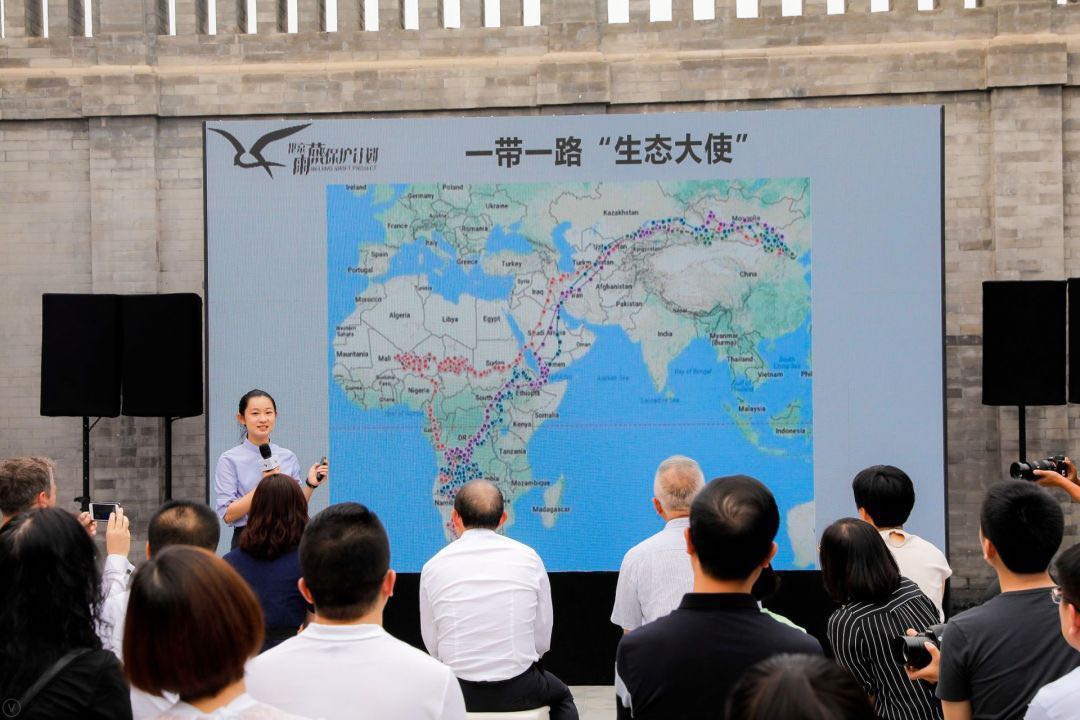 Pan Shiyi, chairman of SOHO China, received a request from students to help the birds, saying that his company in the next few months would be committed to piloting the retrofitting of specially designed "swift boxes" on two SOHO buildings in Beijing. He will also promote biodiversity criteria in China’s building sector.

Henry Paulson, chairman of the Paulson Institute and former U.S. treasury secretary, said in a video message delivered to the launch that the project would influence not only the building sector in China and overseas but also act as an example to other sectors to show that consideration of biodiversity was possible at low cost and with considerable benefits in terms of biodiversity, company reputation and value.

Pan gave each student a wooden swift nest, which he made himself of waste wood collected at SOHO‘s construction sites. In response, students presented Pan an honorary certificate as "Beijing Swift Ambassador."

"Though it is called the Beijing Swift, it flies all over the world. Public welfare and environment protection are not limited by countries, distance and wealth. Every one of us can participate," the real estate tycoon said.

Terry Townshend is the main initiator of the project. He is a British environmentalist who has watched birds in Beijing for eight years and founded the Birding Beijing group for fellow enthusiasts.

He said in the context of global mass wildlife loss the initiative was groundbreaking, showing that all sectors of society, including communities, NGOs and business could work together to make a positive contribution to biodiversity.

"It sends a strong signal to the business community in China and overseas that supporting biodiversity can be done without harming profit," Townshend said.

In 1870, the bird was first described by a British naturalist as a subspecies of the common swift and was named the Beijing Swift. Ornithologists see the swifts as "supreme aerialists" with very narrow long wings, ranking them among the fastest animals on the planet, spending most of their lives in the air.

Because they seldom land on the ground and they are so fast and so aerial, swifts are very hard to study. Even so, the swift has long had a close relationship with people. Ornithologists say people in ancient times would forecast the weather based on their behavior. For example, low-flying swifts would mean a storm was coming.

The birds like to nest in high buildings with eaves such as city gatehouses and imperial garden buildings. They can be seen at the Forbidden City, the Lama Temple and the Summer Palace from mid-April to July.

The birds have a special place in the hearts of Beijingers. Hundreds of Beijing swifts hovering over major landmarks is one of the most enchanting features of the city’s summer. The swift kite was designed to be one of the five Beijing 2008 Olympic mascots - the Fuwa Nini.

Ornithologists think the number of swifts in Beijing has declined dramatically since the 1960s and 1970s, and the main reason behind the decline is that their breeding sites are greatly reduced. Most city gatehouses were torn down to make way for tower blocks and wide roads. Nets have been erected on many ancient buildings in order to prevent corrosion from bird waste.

"The urban environment change have great impacts on the Beijing Swift. We should explore and work together to improve their natural habitats and create a bionic environment suitable for them," said Zhu Tong, chairman of China‘s SEE Northern Project Center, an environmental organization.